After the above photo was taken, I repaired the lead row, I had failed to shift the shed after inserting the spacer, so I pulled that one and pushed the next one up firmly. The loom was warped with both yarns and the weft weave alternated the two yarns in 8″ long blocks.

After the fringe was twisted, this photo was taken before it was soaked and laid out to block and dry overnight.

It is soft with the beautiful yarns. I hope it finds a home with someone who will love it and enjoy it.

For Christmas, my love gave me a 16″ rigid heddle loom (in pieces). Christmas afternoon, I got it well waxed, assembled, and warped with some yarn on hand. Using the instruction booklet that came with it, I wove the samplet shawl/scarf pattern trying out various techniques. Christmas also brought the announcement that another grandson was due imminently, so I quickly rewarped the loom with cotton to weave a baby blanket and erred in tracking the panel length, so the second panel didn’t have enough warp left to make it the same length as the first. All of that was cut off the loom, ends secured, and the loom rewarped again to make the second panel. The blanket was shipped off to arrive as it turned out on the day the young man came home.

I had some Romeldale CVM that I wanted to weave, but not enough to warp and weft a scarf, but an online friend had some Shetland lamb, Baby Alpaca mill spun in a color that complemented the CVM and so I ordered 400 yards from her. It has been sitting in a bag waiting for me to warp and weave. I really like to weave, but am not a fan of warping the loom. I learned direct warping and that is what the booklet teaches and I don’t have a warping board. Direct warping requires a lot of walking back and forth from the loom to the warping peg. This yarn is fingering weight, so a finer heddle was required which means more warp threads per inch. Finally today, since I don’t want to put anything on my wheel before next weekend’s retreat, I wound the yarn into balls and warped for an 8″ wide, 6′ long scarf.

The warp uses both yarns and the remaining yarn was weighed so the shuttle has enough for each section of the pattern planned. The loom won’t travel with me, but I’m in no hurry to finish this project.

At least I quit procrastinating and got the loom warped. 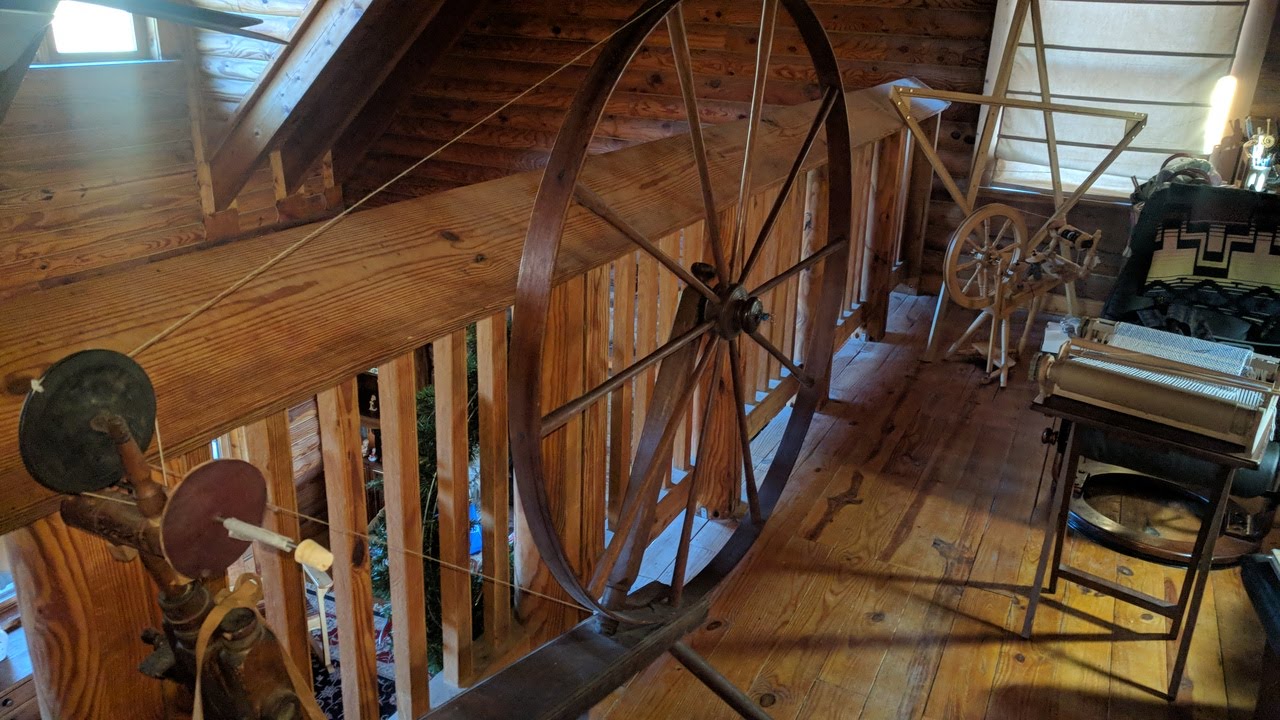